A few days ago I mentioned that I was involved in a new project that was testing some of my weaker personality traits. I explained how I was using some of the lessons I’ve learned in the gym over the years to make a successful go of it despite said weaknesses and that it was generally working out quite well. What I did was create a military veteran support project of my own. I incorporated it, so it’s an official entity and yours truly is the President!

The mission of the Words For Warriors Project is to collect letters of encouragement/support/appreciation from people (both with and without a military background) to our veterans. The letters are put into a book and then distributed free of charge through VA hospitals/clinics and veteran’s organizations.

I’m very excited to say that the first edition of Words For Warriors has been published and the distribution has begun. 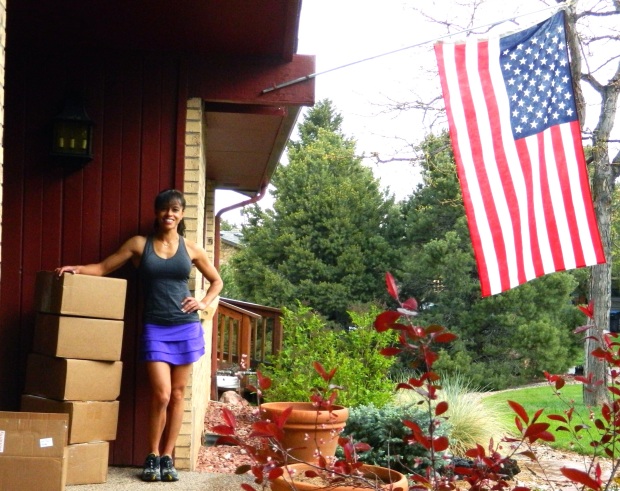 The day the books arrived at my door from the printer

A couple of inside pages

So far, I’ve placed 6 books at my local VA outpatient clinic, 2 in a VA clinic in Colorado Springs where I was visiting, 5 at a VA outpatient clinic in Golden CO and sent four to USA Hockey (they are our Paralympic hockey team and have four veterans on the team).  I have one being placed in a VA in Maine and one in West Virginia. There are a few on the way to an Air Force base where at least one will find a home at a local Fisher House. One is at Pathway Home in Yountville, California.

I’m also incredibly pleased to say that I’ve been able to give a few copies to a company called Wounded Wear for their use and send a personal copy to the President of the company, Jason Redman (whose words in his recent book The Trident partially inspired me in this undertaking). That’s right, I cold called (via email) his company (one of those weak personality areas I’ve learned to push against….I hate to approach people I don’t know) and he was kind enough to write back.

I’ve also been able to send out copies to many veteran friends and acquaintances which makes me very happy, indeed! One of the people I sent the book to is a Marine. I met him on bodybuilding.com in my early days there when he was still on active duty. One day I posted a photo of myself wearing a Navy SEAL shirt that I got when I went on vacation in San Diego. He sent me a little sad face icon and a note saying he didn’t really like that shirt. Later, I posted a photo wearing a Marine Corps shirt to make up for it and that started the ball rolling. That little yellow sad face was the origin of the 50+ military tribute and patriotic photos I’ve posted there over the years. It was a great pleasure to be able to send him a copy.

I am happy to say that the feedback from the book has been quite positive and it’s the best feeling in the whole world! Facing some of my personal weaknesses and pushing through despite them has paid enormous dividends. It’s not too much to say that I’m living a richer life because of it.

The first edition is out but I’m not done yet. I’m still asking people who want a unique way to show our veterans some support to write letters and send photos of themselves. I will definitely be doing a second edition and hopefully many more. Currently, the project is entirely funded by me and my cookie jar. I am scheming ways to get additional funds but whether I do or not, I will continue to distribute books. Outside money just means more books out to our veterans…faster.

Do you want to be in the next edition of Words For Warriors?

If you would like to be in my next book, I invite you to send a letter along to words4warriors1@gmail.com. Please understand this isn’t a writing contest. It’s not about fancy language or perfect grammar. A few simple words from the heart is all that is necessary. its something meaningful you can do and it doesn’t cost a penny, just a few minutes of your time.

If you visit the Words For Warriors website at http://www.words4warriors.com  you can read more about my inspiration for this undertaking, read letters from other people, get project updates and see more examples of pages from the first edition of the book.

Don’t be shy…join the party! Send a letter today!

….and workout! Yes, I went all off topic AGAIN but I’ll be back to regular programming next time.

A Glance at the Past